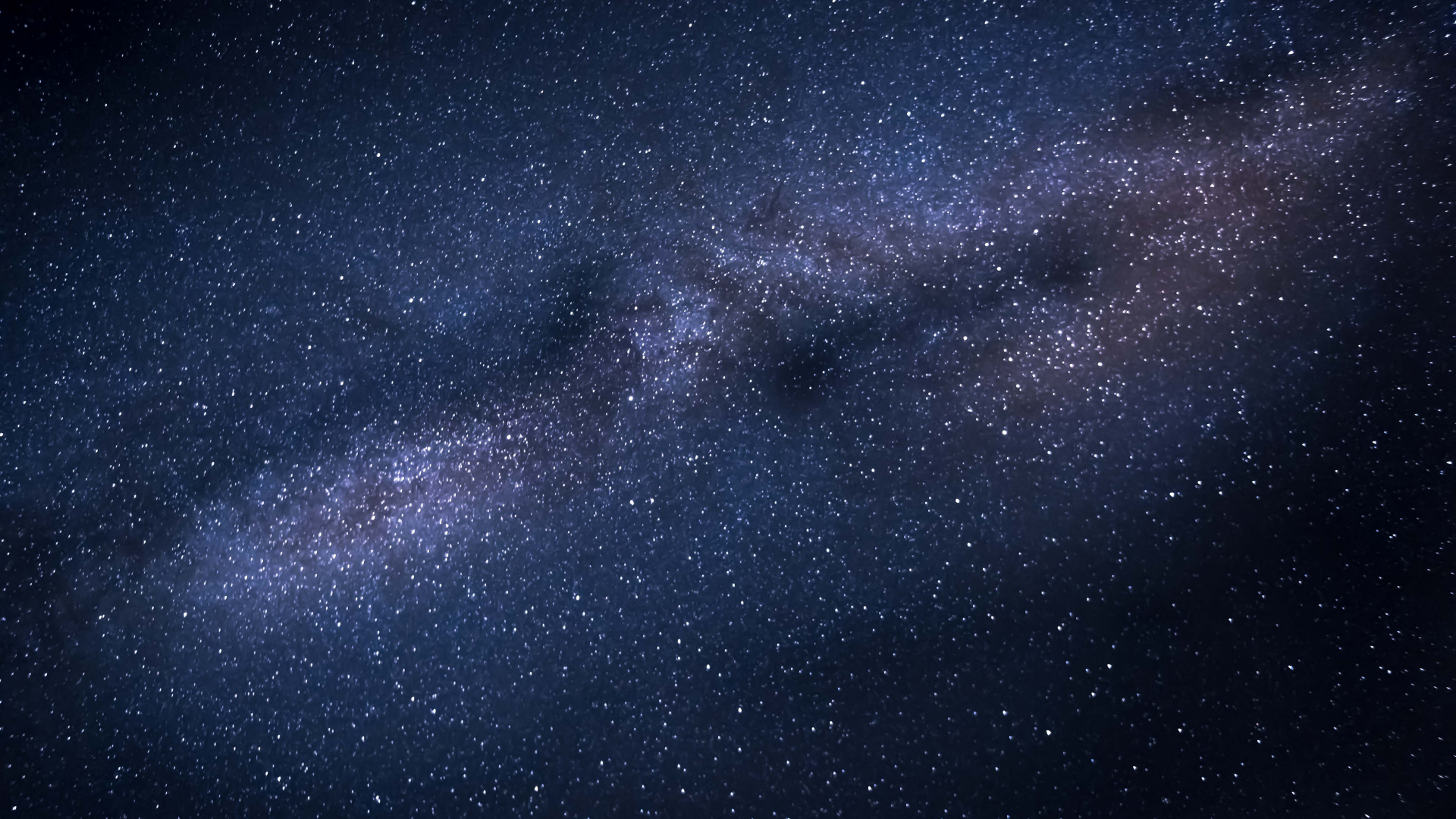 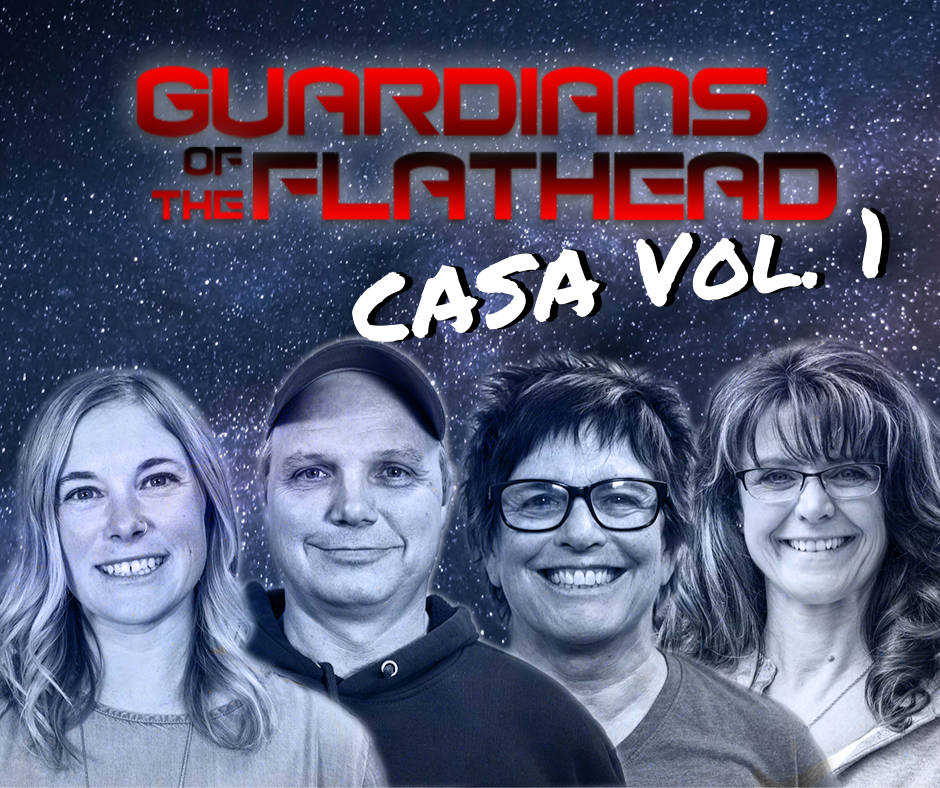 Guardians of the Flathead

Our CASAs (Court Appointed Special Advocates) have been specially trained to enhance their superpowers to serve abused and neglected children in foster care. They become the “One Constant” for the child - advocating for their best interests both in and out of the court room.

Daily, they suit up – don their capes – and set out to ensure that judges have the information they need to make the best decisions for children and that the child’s voice is heard!

Every superhero has an Origin Story – how they came to be a superhero. Hear Scott, Emmy, Tracey and Jacki as they share their Origin Stories of how they became CASA superheroes and Guardians of the Flathead!

Every Superhero has their day job. Superman works as a reporter for the Daily Planet. Spider-Man is a photographer for the Daily Bugle. Wonder Woman - a nurse in the army. Yet, when duty called and people needed help, they found ways to work being a superhero in and around their daily lives.

CASA Superheroes are no exception. Teachers, nurses, business owners, realtors, and retired – they all have their professional and personal lives. Yet, they find a way to be a superhero for a child in the midst of it all. Hear from our local CASA Superheroes on how they fit being an advocate for abused and neglected children into their daily lives.

Maybe you’ll find that you too have the ability to fit being a CASA Superhero into your life or have the resources to support a child and their CASA.

Superheroes don’t do what they do because it’s easy, they do it because they believe that it is their responsibility to use their powers to help those in need.

CASA Superheroes are volunteers. They have decided to use their powers to lift up the voices of abused and neglected children. To stand and say, “I am for the child!”

They advocate for the child’s best interests both in and out of the courtroom, giving of their time and energies to ensure that the child is not lost in the shuffle.

They inform the court of findings of their independent investigation into the child’s case and make recommendations to the court as to what they believe is in the child’s best interest.

Stand with us as we celebrate Child Abuse Prevention month – lift up a child’s voice, a child’s life.

When Superheroes team up to help others there’s nothing they can’t accomplish. The Avengers, the Justice League and the Guardians of the Galaxy have saved the world time and again from both domestic and galactic threats.

CASA Superheroes are not alone as they work to advocate for abused and neglected children. They are part of a team. CASA staff, coaches, board members, donors and supporters team up with the CASA to help them fulfill their mission of giving the children they serve a voice.

We are so thankful for everyone part of the CASA Superheroes Team – The Guardians of the Flathead. You, who are working to ensure that every child in foster care has a voice - that their best interests are being brought to the forefront of their cases.

Whether you are a volunteer, donor or cheerleader – we honor YOU during Child Abuse Prevention month.

You are changing the world – one child at a time.

Team up with CASA for Kids! Join the Guardians of the Flathead!

Superheroes inspire. Their selfless acts of heroism influence the next generation of superheroes to take up the cape and use their powers to help others.

CASA Superheroes focus on being there for the foster children they serve. They are the One Constant for the child. Once assigned, they will see them through until they find their forever home.

These former foster youth formed close relationships with their CASAs and have thrived on the other side of foster care.

They are the next generation of superheroes. And they have stories to tell.

Here at CASA we want to celebrate and honor both the children who have overcome and those who are still in foster care.

Join the Guardians of the Flathead in saying, "I am for the child" during Child Abuse Prevention month.

Being there. Showing up when we need them the most. That’s what superheroes do. When Gotham needs it’s Dark Knight, they shine the Bat Signal into the sky. When Metropolis needs the Man of Steel, they call out his name and faster than a speeding bullet, he’s there.

Seems like such a simple thing. Being there. But being there for an abused and neglected child can make all the difference in their life. Amidst the chaos of the foster care system a CASA Superhero remains their One Constant. A familiar face. A consistent friend. A loving, trusting adult.

CASA Superheroes work behind the scenes, both in and out of the courtroom, to help move things in the direction of the child’s best interest. These are “big” things.

But for a foster child, the BIG things for them are having someone who will listen to them, who will support them in the things that matter in their life. Having someone to talk to about everything and nothing.

Foster children shine their signals in the sky, and they can count on their CASA to be there.

Be there for a child. Be a CASA.

We all have something to give to help end child abuse and neglect. Whether it's time, money, or resources - it is our responsibility as a community to stand up for abused and neglected children. Stand for the Child. Be a CASA Advocate. Support a CASA and their child. Spread the Word.

Together we stand against child abuse and neglect! CASA, foster parents, county attorneys, judges, the Department of Child and Family Services - we all have our roles in taking a stand! Will you join CASA in saying "I am for the child" during Child Abuse Prevention month? Be a Superhero. Be A CASA Advocate!

When Superheroes team up in their fight against evil, they each have a role to play. Their powers, skills and even personalities complement each other and provide a well-rounded defense of the people they are protecting.
The same is true in the fight against Child Abuse and Neglect. Everyone involved in the fight has a unique role they play in trying to protect children and work toward building stronger families.

Professionals involved with child abuse and neglect cases share about the value of a CASA Advocate to themselves and the children they serve.

Ready for a life changing experience? Be a voice for an abused and neglected child in foster care. Be a Court Appointed Special Advocate!

Be a Voice. Change a Life. CASA Superheroes.